Born in New York in 1922 to Greek immigrant parents, at the age of 14 he won a scholarship to the American Artists School where he studied sculpture‎, later turning to painting upon the advice of Joseph Solman. In 1943 he presented his first solo exhibition at Betty Parsons’ well-known Wakefield Gallery and Bookshop. Parsons consistently supported him and organised his exhibitions until 1957.
In the 1940s he was already well established on the New York art scene, befriending Adolph Gottlieb, Barnett Newman, Mark Rothko, John Graham and gaining the support of the major collector Edwards Wales Root. He also met Mark Tobey and many European artists (Constantin Brancusi, Alberto Giacometti, Pablo Picasso, et al) in his trips. He travelled to many countries (including Greece) and used these experiences to develop his aesthetic. He also got interested in the various forms of religiousness around the world.

In his early work he used biomorphic shapes reminiscent of the inner life of natural materials and inspired by their forms. Later he went for simpler, more austere firms and created series of works with the emphasis on colour surfaces and a gestural processing. With his work and quests he has remained in history as one of the pioneers of Abstract Expressionism, along with Jackson Pollock, Willem de Kooning, et al.
In addition to his artistic work he taught at the Black Mountain College, the Art Students League of New York, the Hartley Settlement, the Cummington School of Fine Arts, etc. His late career was negatively impacted by his involvement in the notorious Rothko Affair. The trial, which he lost, was about the rights to the work of Mark Rothko, who had killed himself in 1970. Having spent his final years in Lefkada, he died in Ioannina in 1997. 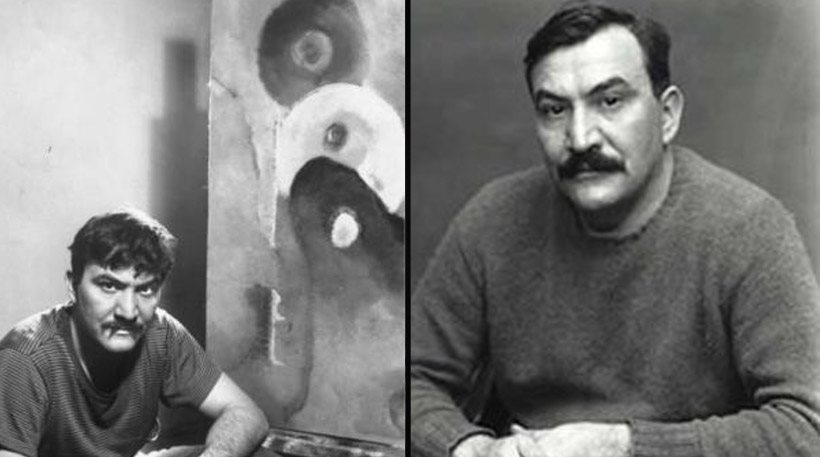