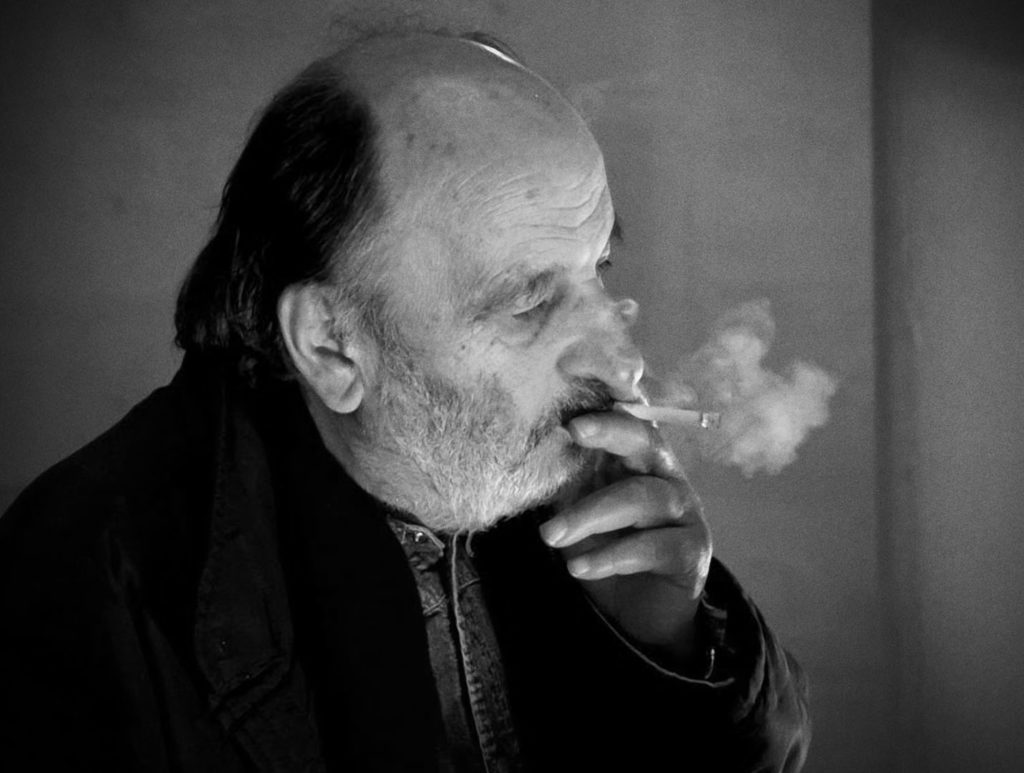 He was born in 1941 in Kalamata. He studied printmaking at the Athens School of Fine Arts with K. Grammatopoulos (1959-1964) and continued his studies at the Ecole des Beaux-Arts in Paris (1966-1970). Throughout his studies he was funded by a greek state scholarship (I.K.Y). In 1972 he moved to Paris, where he worked for ten years.
His work includes constructions and installations, which restructure each given site, based on the layout and types of materials. The use of light, either natural or artificial is his typical expressive vehicle, usually in the form of neon tubes, a material that appears as early as his first solo exhibition in Athens (Athens art gallery-Hilton hotel, 1972). The technological and geometrical quality of his work was emphasized through his participation in the art group Processes-Systems (1976), created by art theorist Emmanuel Mavromatis. However, rationalist strictness does not dominate his creative process entirely. The poor materials he selects (ropes and strings, stones, iron sheets, playdough, rubber, asphalt, and later mirrors), retain their autonomous expressive and conceptual power while becoming part of a larger artistic gesture, which stems from the artist’s sensibility, determining the dynamic of the result. His compositions are usually spread on the floor or the walls, while occasionally he returns to the two-dimensional image and combines his constructions with painting or photographic interventions.
His evolutionary phases demonstrate the profound consistency and continuity of his pursuits, but also consecutive renewals of his visual language. In his thematic series presented so far, (Transformations, Morphogramica, Developments, Layerings etc.), his interest lies sometimes in the conceptual and other times in the material-visual aspect of his work, maintaining a high artistic standard.
He presented his work in more than ten solo exhibitions and participated in group exhibitions and international events in Greece and Europe, such as the international printmaking exhibition in Ljubljana (1963), the Young Artists Biennale in Paris (1966, 1967), various Parisian Salons, etc. He represented Greece at the Biennales of Sao Paulo (1981) and Venice (1990).
His retrospective exhibition entitled States in Flux 1970-2004, was presented at the Macedonian Museum of Contemporary Art (Thessaloniki, 2004). In 2007 he created the work Layerings-Energy Images XVI for the ‘Kerameikos station’ of the Athens Metro.