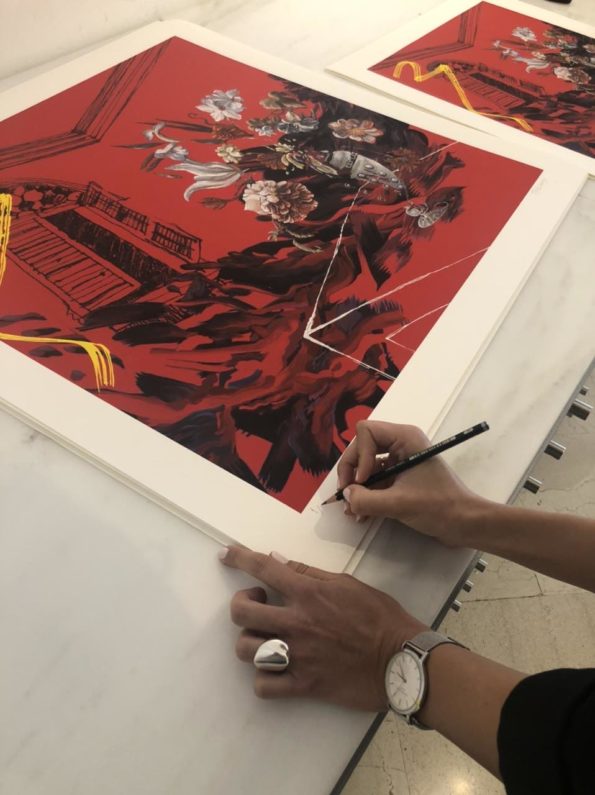 This product is available. Price:
€200.00 Description:

In Papaioannou’s work, we can distinguish the deconstruction of the bodies and forms: decollage –
fragmentation – detachment – intersection – displacement = scarification, movement – time, dissolution,
flow and re-synthesis. The visual surface is transformed into a kind of atlas where each snapshot can be
read as an independent narrative, while being part of an integrated structure. We are at the perimeter and
at the centre at the same time. The contrasting colours, sometimes intense and conflicting, and sometimes
soft and pastel, with the dew and freshness of a modern perception in ideas of painting, transmits a
musical air that rightfully belongs to the future, since painting is not over and will never end. As D.
Dimitriadis says: “Anything that seeks its end can only find it where it is lost. In its beginning.”

Paradoxically, the captive narratives and the boundless renderings are juxtaposed in an ability to reinforce defined boundaries as well as openness in creative activity, as they grant the ability to create new texts constantly. An inexhaustible wealth of playful scenarios are emergent: the “Object of the Imagination,” the “Unlimited”. Efthimis Lazongas (Sorbonne University –Paris I –Pantheon, History of Art Professor at ASFA, Master’s in Visual Arts).
SKU: 1236 Categories: Eshop, Silkscreens, Collections, Silkscreens Tags: Papaioannou Christina, silkscreen