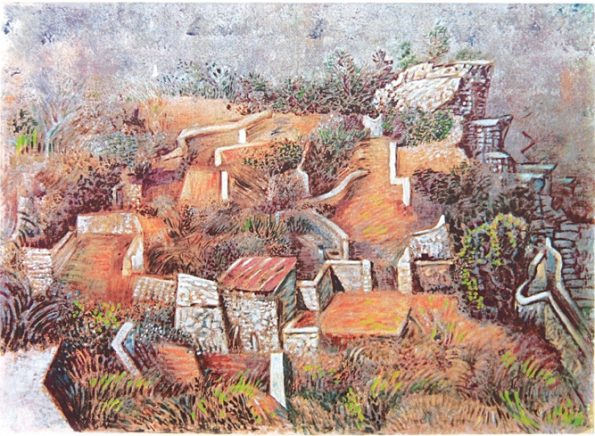 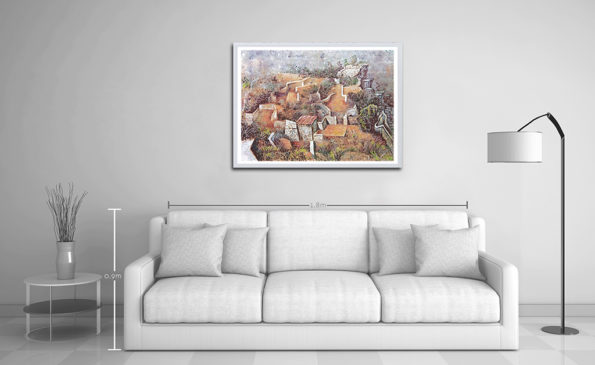 This product is available. Price:
€900.00 Description:

Silkscreen hand numbered and signed by Hatzikyriakos Ghika. Edition of 120 prints. Today it is a collectible piece.

The influences he had received was always an issue for his critics: “His evolution was largely a result of his class and the privileges he secured. In his work it is possible to observe influences, adjustments, based on the lessons of Picasso, Braque, Gris, Matisse, Le Corbusier, de Chirico”. His own view was: “No art is native and free of foreign influences. But the degree of influence is sometimes big and sometimes small – and of course it is preferred to be small. Or, at least, the foreign influences have to be assimilated over time and no longer distinguish themselves from the same and distinct character of the art of every place and age. ”

The criticism often had a … political starting point, since Ghika was a representative of the bourgeoisie, a man always placed on the side of the conservative faction. For many years this was a “red flag” for the other side.

As a scholar of Ghika’s work, Nicos Paisios writes: “Ten years after Ghika’s death, when the passions and class enemies he caused in his passage have settled down, what is the conclusion? Was Ghika a copywriter of Picasso or Braque? Generally, no. He did not waste the talent he was given. He worked and worked hard to unite and integrate influences insensible with his work. ”

Nikolaos Gikas often referred to his childhood. To his father, his mother, their cottage in Hydra, where they spent the summers, their long walks to the beautiful Faliro, his father's improbable disappointment when he learned from the doctors that his son could not become an officer like he was due to him being nearsighted. Nikos's was just four years old when his talent started to show in his paintings. The first recognition of his designs came from his father. That was a definite moment. "I was impressed!" He tells us, jumping from his joy for recognition from his hard and violent father. After that, he turned to painting. At six, he had turned his wardrobe into a backdrop. Relatives, friends, neighbors, all reinforced the child because, among other things, it would be to their benefit to be liked. So they showed admiration for the son’s paintings and would ask him to paint for them in exchange for "a baklava or a box of chocolates, a book or pencils, notebooks or even photographs of art". Source: texni-zoi.blogspot.gr
SKU: 564 Categories: Eshop, Silkscreens, Collections, Silkscreens Tags: collectible, Gikas Hadjikyriakos, silkscreen, wedding gifts