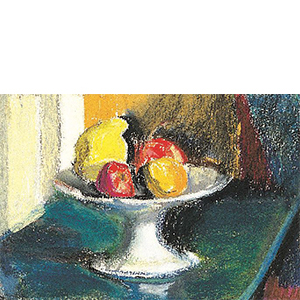 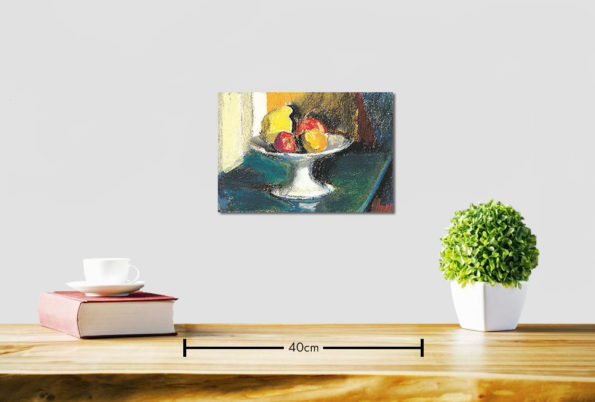 This product is available. Price:
€200.00 Description:

Signed and numbered by the artist. Today is considered a collectible.

Panagiotis Tetsis was born in Hydra, in 1925. In 1940, he takes his first lessons in painting and at the same time, he meets Pikionis and Xatjikyriakos-Gikas. In 1943, he takes the preliminary painting courses, at the Athens School of Fine Arts, under D. Biskinis and P. Mathiopoulos. He gets accepted at the studio of K. Parthenis, where he graduates, in 1949. He was a member of the groups “Armos A” and “Armos B” and in 1951, he became Assistant Professor of freehand drawing, under Xatjikyriakos-Gikas, in the Archtecture School of the National Technological University. From 1953, until 1956, he moves to Paris, on a scholarship by the States Scholarship Foundation, to study the art of etching, at the Paris School of Fine Arts. He teaches at the Free Workshop of Fine Arts (1958-1976), while teaching freehand drawing at the “School of Designers of the Athenaeum Technological Group” (1958-1962). In 1958, the Greek team of the International Art Critics Association selects him, among other Greek nominees, for the Guggenheim International Award, where his work is now exhibited. In 1962, he receives the Art Critics Award, while in 1970 he is chosen to represent Greece at the Venice Biennale, but due to the political situation, he refuses to participate. In 1979, he is elected Professor of the Athens School of Fine Arts, where he will teach until 1991. In 1989, the senate elects him Rector of that same institution and in 1993, he becomes a member of the Academy. Two monographies have been published on his work, as well as many exhibition catalogues, revolving around the various periods of his work. He lived and worked in Athens and Hydra.
SKU: Νο 850 Categories: Collections, Eshop, Silkscreens, Silkscreens Tags: collectible, silkscreen, still life, Tetsis Panagiotis, wedding gifts