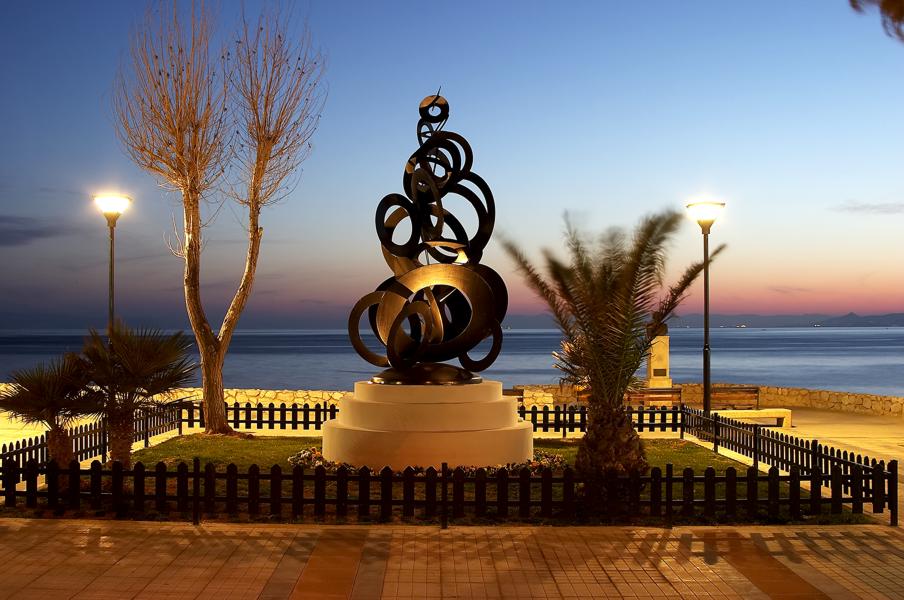 Ikastikos Kiklos Sianti welcomes the New Year with an exhibition by Nikos-Giorgos Papoutsidis under the title “Trophy Erected” which will be opening on Thursday, March 7 at 19.30. 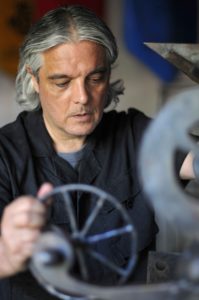 Nikos-Giorgos Papoutsidis, after an eight-year absence from galleries due to his work’s dimensions which forced him to exhibit in public spaces such as Gazi, the Athens National Airport, the Marathon Run Museum, Zappeion and many more, is now returning at the Ikastikos Kiklos Sianti with his new exhibition of creations since 2007. Commenting on the unity of his work, he states: “Trophies are little memorials. Memorials – commemorations of the agony you feel when trying to complete a work that cannot be completed because you simply don’t know how! A work aspiring to be a personal, social, emotional, spiritual statement, exceeding its mere visual purpose. They are commemorations of the importance of each passing moment. Memorials acting as transmitters and receivers of exiting thoughts and ideas passing by because they were never recorded on the spur of the moment! Each of these trophies is a kind of resistance to everyday life, its routine, its dullness. They are breathing force, passion, love, courage, agony. But a trophy is also a reward for our dedication to perfection, to the simple yet not idle, to the rejection of everything that is redundant and long-winded. It symbolizes a victory in accuracy. A trophy is an award of a memory. Each memory is a little birth. A poem. A painting. A sculpture. Because memory is the mother of all arts. And with this trophy I am trying to honor it.” 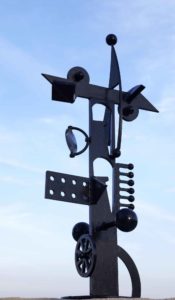 Manos Stafanidis, on the other hand, pondering on Nikos-Giorgos Papoutsidis’ sculpture, comes to the following conclusions: “It is an effort to create small, autonomous worlds which harmoniously fit, yet meaningfully stand out in this infinite world. They aspire to be seen by the strollers of the Moon! Today this fairytale has taken the form of meditation – without losing its mythical root – and is referring to oracles, enigmas, trophies of secret victories and banners first seen in secret nights. It is referring to constructions where the monumental doesn’t lose its cuteness and the Doric doesn’t lose its tenderness. Because the poet-sculptor I am referring to is perfectly aware of the fact that tenderness is made of steel and that only the unbreakable people with tenderness in their hearts will someday save this world. Statues, trophies, antennas, signals, sirens, mirrors, altars, iron, ironworks, stones, glass, color, inserts, paintings of various materials, lenses – symbolic eyes of perfect machines in an imperfect world! Of a visible, materialistic world striving to describe worlds which are invisible and spiritual.”

The exhibition will be open to the public until Saturday, March 30, 2019.