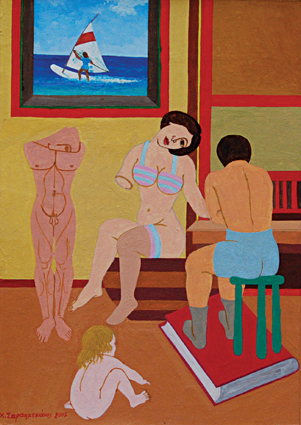 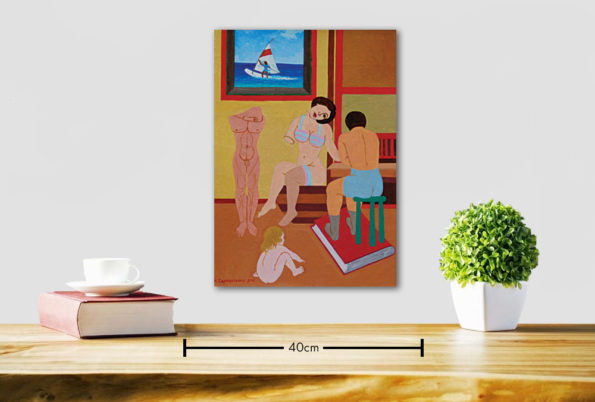 Christos Sarakatsianos was born in Giannena, in 1937. His first teachers were Y. Kazakos and P. Sarafianos. In 1967, he graduated from the Athens School of Fine Arts, where he studied sculpture in T. Apartis’ studio and painting in Yiannis Moralis’ studio. He also studied scenography and interior decorating on a scholarship by the States Scholarship Foundation. He lived and worked in Europe (England, France, Spain and elsewhere) from 1967 until 1973. He was a founding member of the Etching Group and a member of the Chamber of Fine arts of Greece. His works are found at the Athens National Gallery, the Vorres Museum, the Museum of Modern Art in Andros, the Municipal Gallery of Athens, the National Bank of Greece, the Agricultural Bank of Greece, Ergasias Bank, the Municipal Gallery of Rhodes, the Ministry of Culture, the Municipal Library of Heraklion, Crete and many private collections in Greece, Europe, the United States and Japan.