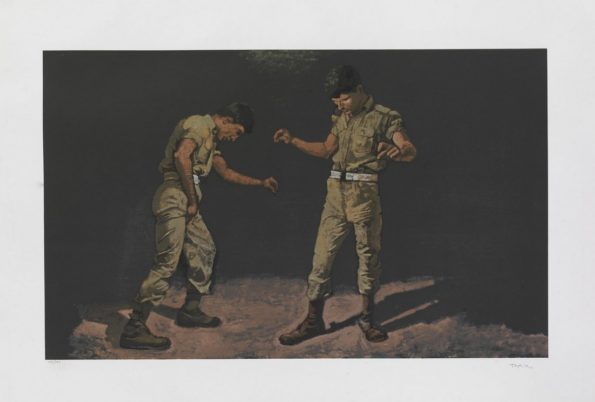 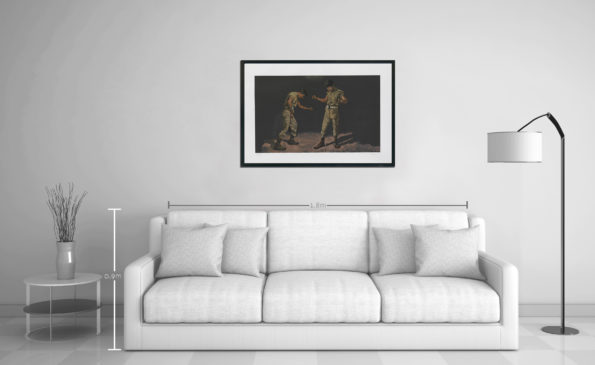 This product is available. Price:
€700.00 Description:

Silkscreen hand signed and numbered by the artist. Edition of 190 prints. Today it’s considered a collectible.

When he was young he wanted to become an acrobat or a despot, but I never thought of becoming a painter, although he constantly painted pastels on large cartons. Besides, his parents prevented him. His mother thought he dirtied the house with painting, and his father told him that what he’s doing isn’t serious. He wanted him to become a lawyer or a chemist.

From 1920 when Tsarouchis was 10 years old and until 1925, because his parents were forced to travel to Switzerland for the sake of their sick little daughter, he stayed with his older brother Mario in his aunt’s luxurious villa (his mothers sister) Despina Metaxa. The well-known political family Metaxa. Then he began painting with watercolor and abandoning the pastels he used until then. “Since then I remember, I never painted with ease and always picked up the brushes with agony.” Then he took some lessons from a French painter named Pik who considered Tsarouchi an unsophisticated learner and stopped teaching him. But the little Tsarouchis continued to paint more intensely and natural. He himself said that Metaxas’ house had no paintings on the walls but one who was a soldier who was said to have been killed.

"Two are my basic quests (in art). One is neoclassical and attempts to assimilate the ancient classic ideal as expressed by the Baroque and the Renaissance. My other tendency is to express all my objections to my own ideal. " Source: texni-zoi.blogspot.gr
SKU: Νο 333 Categories: Eshop, Silkscreens, Collections, Silkscreens Tags: collectible, silkscreen, wedding gifts, Zeibekiko, Γιάννης Τσαρούχης