The term ‘ceramic’ is a general team referring to chemical compositions between metals and non-metals. More specifically, it describes silicates, especially clay, hardened in high temperatures. (1) Ceramic art is probably the oldest form of art in human history. It made its appearance as a daily necessity, becoming increasingly elaborate as the need for beauty and aesthetic satisfaction came to the forefront. But this is common knowledge. 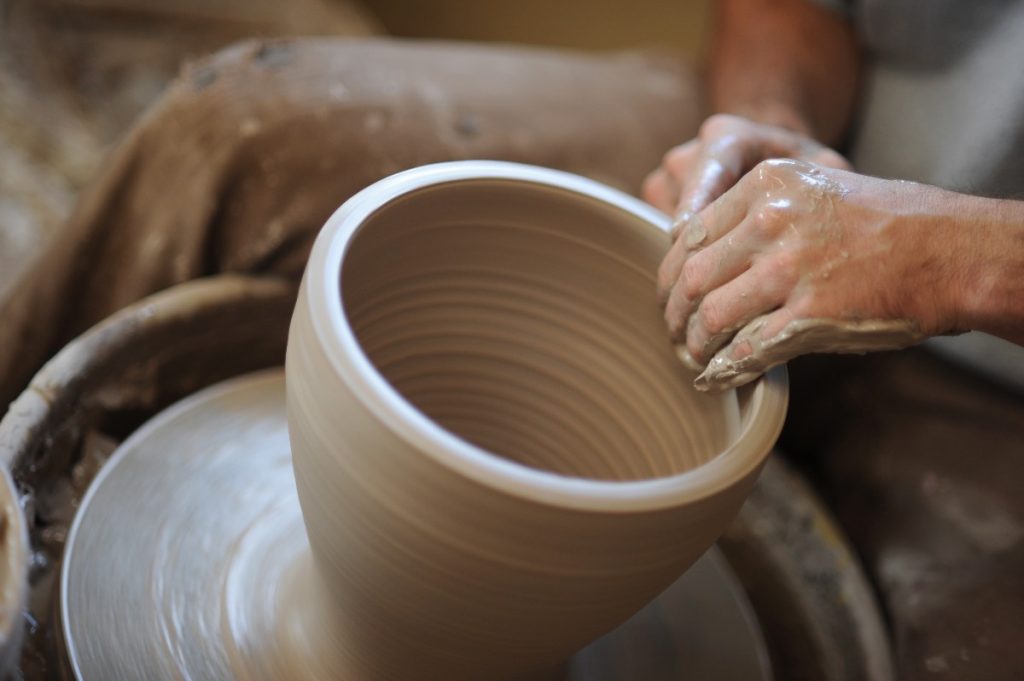 Dating back to 7.000 B.C., the first ceramic findings were discovered in Crete, while the first earthenware jars of the Neolithic Era are estimated around 6.000 B.C. Greek pottery has a long history of 8.000 years, making its appearance in Crete during the early Minoan era, around 3.000-2.100 B.C. and reaching its peak during the middle Minoan period, as manifested by the ceramic artifacts dating back to 2.100-1.580 B.C. (2) Ceramic art took its name from Keramos, son of Dionysus and Ariadne and protector of potters, whose workshops were gathered in the area of Keramikos, under the Athenian Acropolis. (3)  Due to clay’s plasticity and durability, pottery has provided us with some of the oldest archaeological findings in the history of human civilization. Old as mankind itself, they were molded of earth and water – the same materials God himself used in the creation of man. Jugs, pots and jars were not simply objects of utility. They beautified people’s homes and everyday lives and their craftsmen occupied a significant position in folk tradition. Everybody knows the famous song about ‘Uncle-John with his jars’, to whom the troubadour sings with respect: “Uncle-John Potter, be kind to us!” 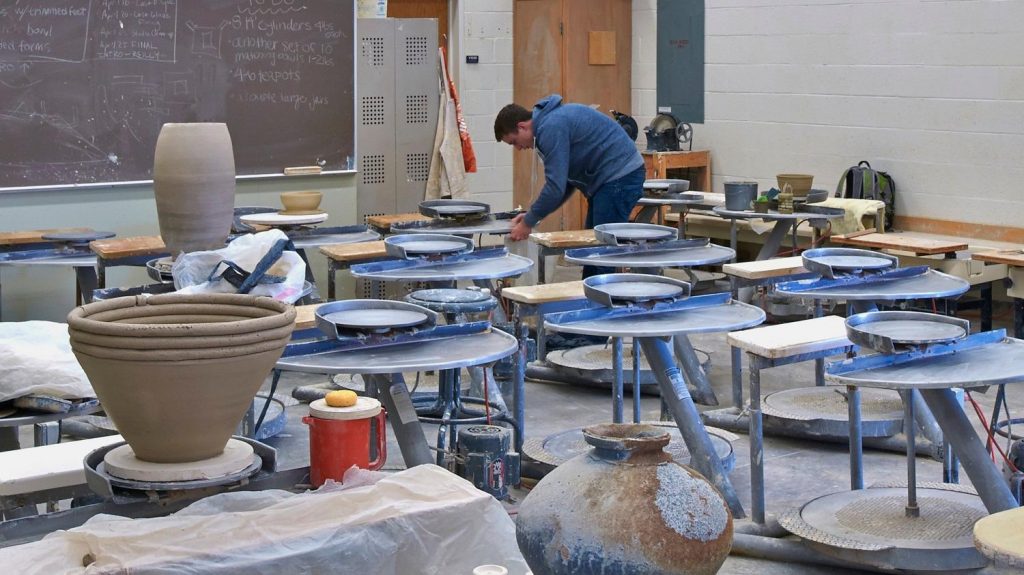 The island of Skyros has always been famous for its potters and pottery. Its ceramic artifacts are famous for their beautiful decorations, with themes derived from the natural world, as well as their imaginary flowers and creatures of fantasy. Here, clay is shaped on a wheel. After the ceramic object has taken its desired form, it is cleared from any hand marks and it is put in the kiln, to be fired at approximately 1.100 degrees. It is now ready to be decorated according to the artist’s taste. When painting is finished, the object is dipped into a special substance in order to be glazed. The glazing process has a blurring effect on the paint, making it necessary to be re-applied and re-fired. After some final touches, the object is ready for use!

Greek clay comes mostly from the island of Milos. It is exported and imported back into Greece at a much higher price. As a result, ceramics are quite expensive, even more so since they are 100% handmade. Ceramic works of art can be even pricier. In Greece, pottery has traditional, rather than artistic connotations, but this notion seems to be changing over the years. 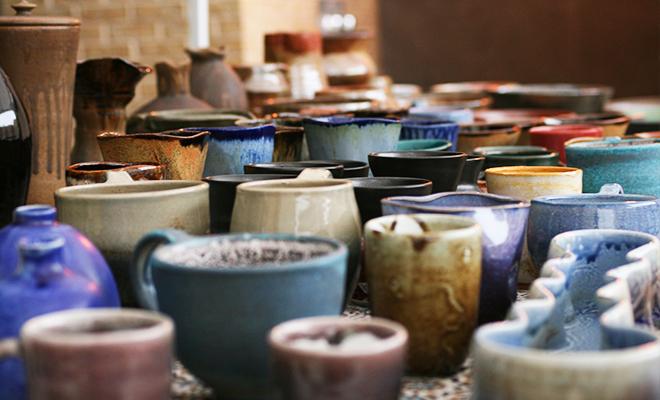 In any case, the bottom line is that both craftsmen and clay artists transfer their thoughts, feelings and personal taste in their creations, using wheel and clay in order to tell their stories and remind us of older ones. Through their art and craftsmanship, they accompany us in our daily meals, or as we sit alone in moments of personal contemplation. The ceramic antefixes of old buildings still shine under the sun. Come to think of it, if we were ever to remove ceramic art from our surroundings, everything would suddenly seem uglier. ‘Keramos’ children’ will never seize to combine earth and water, in order to create a kind of beauty, which not only adorns our everyday lives, but also blossoms inside our souls.