There is special a kind of rage, wrapped in sugar, bewilderment and hope. Questions, thoughts, erotic agonies, songs, sorrows and joys, rendered by Art in the purest and most honest way. Street art is more than a recent trend. It is the most genuine,
sincere and substantial form of art. It has its roots in our distant past, in the 200.000 year-old cave paintings of the wild animals, which filled our ancestors with fear and awe. The prehistoric man adorned his home’s walls with images of these threatening creatures, whose fur and meat held the key to mankind’s survival.  Ancient Egypt – along with Ancient Athens and Rome – is considered to be among the cradles of this art, covered as it was with huge inscriptions, imposing themselves on subjects, citizens, foreigners and researchers.

Graffiti made by visitors on a shrine’s door (Temple of Dendur) on the banks of the Nile, Egypt. metmuseum.org

Nowadays, I often come across the work of contemporary muralists – people, who may be either older, or much younger than me. I think of Edward Seymour (1), who in 1949, soon after World War ΙΙ, discovered the spray paint. I think about the transformative influence of the late ‘60s, when marketing and commercialization took control of everything, even graffiti itself. Graffiti, which is always standing there, criticizing our society’s misdoings. Graffiti, which should never be gaged or polished up. Its journey started in Philadelphia during the ‘60s, in the form of names and signatures written with markers or sprays on the city’s walls. A decade later, New York would be filled with color, its trains transformed into works of art, carrying people across public ‘exhibitions’ held in railway stations. Graffiti was spreading with the force of an unstoppable wave, reminding us of all those invisible (or visible) feelings, which were depicted with the outmost intensity in writings and paintings of all kinds, in an urgent act of expression.

There is a growing interest in the history of street art, which will eventually lead to a common ground on its true origins. Art historians have at their disposal ample material for their research, but I sincerely doubt whether we will ever be able to fully understand the commercialization rate of free expression, rage, purity, innocence, resolution, anger, love, hope… It is amazing, how fast a Banksy work reached the price of 100.000 dollars (2), thus becoming affordable only for the people, who were the very target of his rage, while the rest of us, whom his questions, feelings and critique were actually addressing, will never have enough money to even come near them.

Let’s think of it another way. How many commodities, services and daily needs have been commercialized in this way? Many, if not all! And what about art? What about the feelings and intensity, which stem from the creative process itself? Only in very rare cases did museums and other public institutions ever protect artistic intensity, truth and controversy. 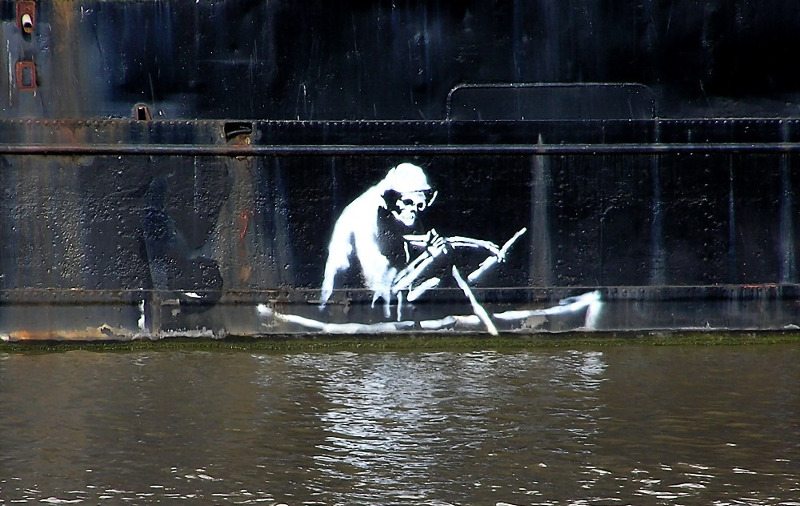 I remember when I first set my eyes on Pablo Picasso’s ‘Guernica’, at the beautiful Reina Sofia Museum. I knew enough by then, to feel somewhat taken aback inside the corridor, where it is kept. It felt really awkward, seeing a work of such powerful images, a work holding such a terrible accusation over the heads of the oppressors, exhibited in such a lonely manner, a mere reminiscence of some artist’s feelings! I tried to imagine how this work of art might have looked like outside the museum, just a couple of kilometers away, at the Puerta Del Sol, in the middle of the city’s square. Would that change its dynamic? Would it make us experience its violence? This is what street art is doing to us. It troubles us. It even provokes us, preparing, arming, educating and shaping us, making us realize the extent of our foolishness and victimization, or that of our happiness and vindication. Guernica and Loukanikos, the stray dog who kept barking at the police forces, becoming a symbol of uprising, protest and resistance against contemporary forms of tyranny.

Graffiti artists carve their messages during the night, hoping that maybe, next morning, someone will see things under a different light, driven by the sounds of hip hop and its angry, but truthful lyrics. And then it hits me again – the unanswered question, which surely must bother them, as well: How did the oppressors become customers, how was truth reduced to numbers? Were Social Waste right, in singing: “Revolt only matters while it lasts, before it takes the place of the oppressors”? (3) One thing is for certain: graffiti will always be there, as long as there is a need for opposition in this world. Truth will always be scrabbled on the walls, love will always be sung, “Revolt everlasting, everywhere” (4), “The Aegean Sea will always belong to its fish”, the struggle of the classes will go on, hope will never die and every action will have its reaction. As long as these things are written in human DNA, this particular form of art will never lose its significance. For it is not decorative, but blooming with feeling, provocative and free, urging us to take action in the name of hope, love and the future. In the name of a dream. 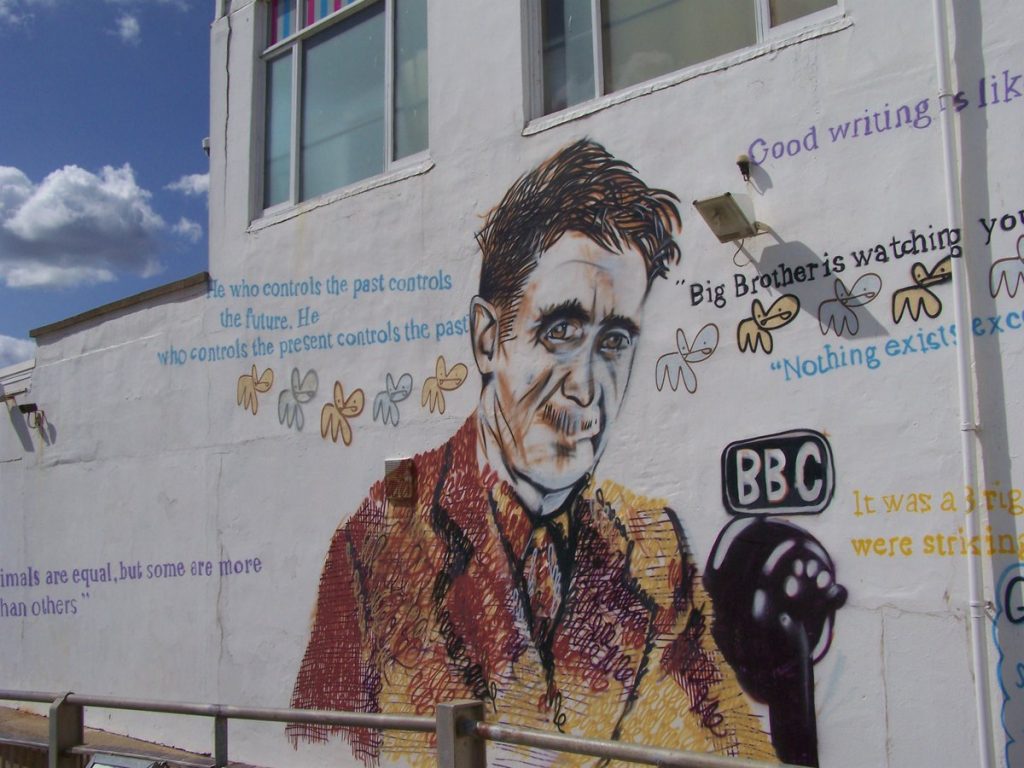 As a closing remark, I would like to express a personal wish. I sincerely hope that this art, which comes out of the deepest night, this child of truth and hip hop, never loses its character. I hope it never subdues. I hope it remains clandestine and nocturnal, with stained shoes and painted clothes, a trump, honored in her absence because she is busy in some alley with a spray in her hand, guiding a youngster as he struggles with his first tag. May the night be long and kind to all the true spokesmen of our times. And may they always take courage in George Orwell’s words: “Who controls the past, controls the future. Who controls the present, controls the past”. (5)

(4) Quote of JNOR which inspired many graffiti artists