DIMITRIS VLASSIS – Sculpture – An homage to the Act of Love

Being a lover of the human body and a great admirer of classical sculpture, ecstatic in front of the glorifying act of love, I am presenting you with a series of sculptures under the title «…when carnal memory awakens…» as an homage to Eros, who is born at a single glance only to open his wings through the most liberating of acts.

As an artist, I am not confined to a single expressive style, even though this would – perhaps – make my work more recognizable. I have my own artistic ‘periods’ which, if taken separately, could very well denote different creators.

I believe art itself begins upon the artist’s intention to express an idea. Every time I begin a new project, I feel the need to express this idea through abstraction, always rendering it in a different manner, depending on my material’s ‘plasticity’ and my own creative insight – meaning my personal abstractive approach.

I usually make a realistic first draft of my initial idea, venturing through successive, meta-plastic abstractions until I end up with sculptured forms which draw the viewer into the aesthetic result. It is the successive forms themselves which connote the work’s “myth”, stimulating the viewer’s fantasy in order to perceive the path from realism to abstraction.

A man meets a woman, they look at each other and they fall in love, passing through every stage of blissful love making – provocation, intercourse and the ensuing tenderness – moments whose realistic, visual depiction could never be compared to the moment itself. Any attempt of portraying the act itself, is crushed under the power of reminiscing. This is the point where abstraction comes to the forefront in order to transform memory into an autonomous visual event, the point where the viewer succumbs to the recollection of his own personal moments of beauty. It is not an easy task. And the more ‘cold’ and ‘rigid’ the material, the more difficult it becomes. And the more difficult to absorb. But at the same time, it is undeniably tempting for the artist and totally unexpected for the viewer.

“Each time I try this abstractive process on a new material, I am surprised at the way the material’s own character will not allow any additional ‘information’. Any added ‘detail’ would only ‘introduce’ the redundant. And as the different forms progress towards expressive simplicity, the composition as a whole seems to be calming down, allowing my material to lead me into new structural pathways, supporting my boldness and even commanding my forms. Which brings to my mind the wonderful verse of the poet Dionisios Solomos: “The stone you hold commands you in its own voice”. 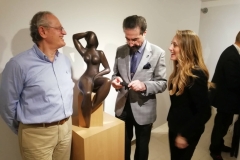 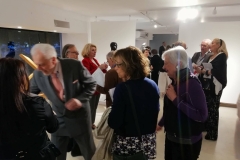 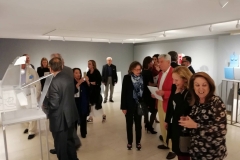 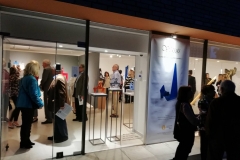 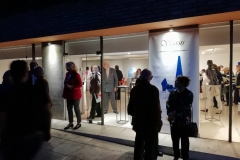 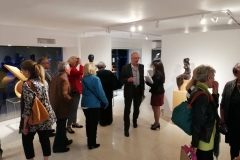 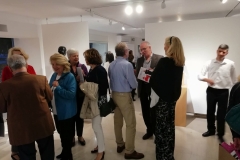 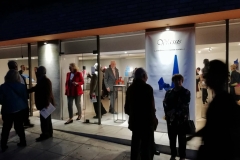 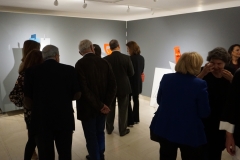 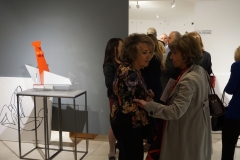 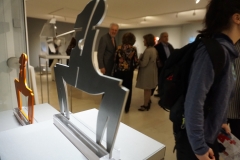 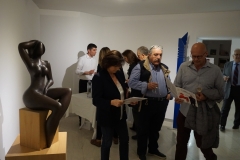 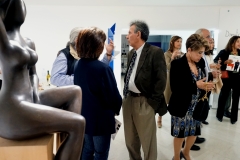 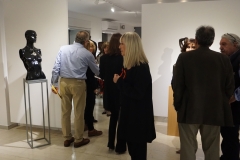 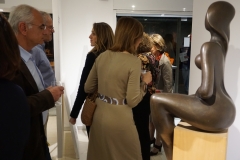 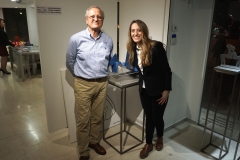