CARRÉ-CARRÉ (how to cope with emotional panic), is the title of Aggelos Spartalis exhibition which will be hosted at the Ikastikos Kiklos Sianti Gallery from October 15 to November 6, 2021.
The series CARRÉ-CARRÉ (How to cope with emotional panic) by Angelos Spartalis is an artistic reaction to the “criminalization” of handshakes, hugs, kisses, human contact in general, in times of pandemic such as the current coronavirus outbreak.

This series includes hand-painted short films and film drafts. Young couples in love kissing for the first time, a canary singing all alone in its cage, a little girl caressing and kissing her toys are only some of the topics at which I look in these films, where every frame is hand-painted. Ιt is an arduous and time-consuming process, but, in these times of isolation, stuck at our home-nest-cave, in a state of “cannibalism” imposed by the confinement, we suddenly have lots of time on our hands. Imagine a painter in an Economides’* film painting with an eerie serenity, dedication and skill while the other occupants of the building that was closed down by the sanitary authorities tear each other apart wickedly, slowly, with short demeaning words and choreographed acts of violence. 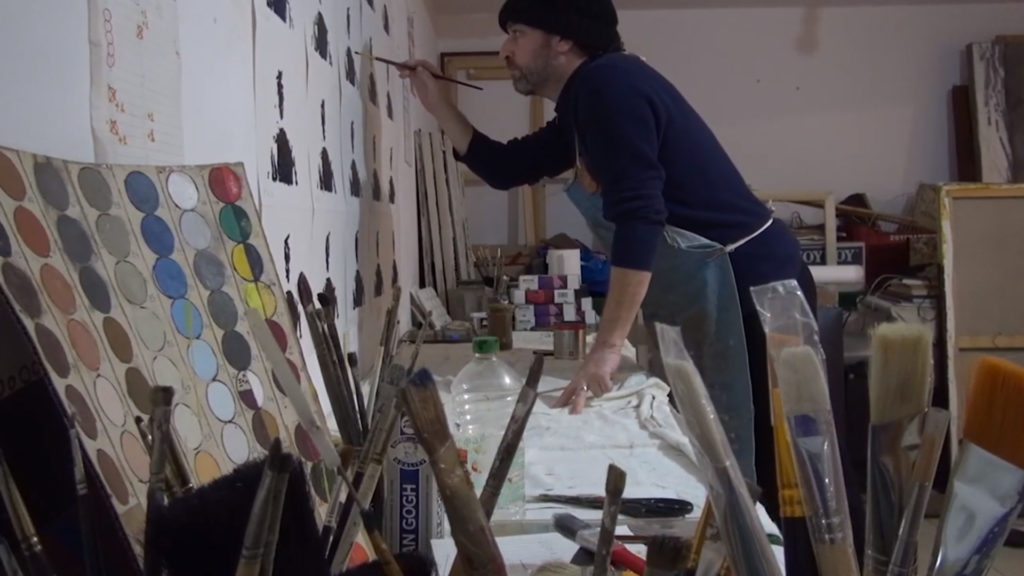 In terms of technique every frame of my films is an autonomous and unique artwork but, in a strange way – although hand-painted – every frame is an artwork of a multiple nature, a copy, since it shows strong similarity to many of the rest adjacent frames of the film. The painted frames are digitally photographed or scanned one by one and then, projected consecutively, at a rate of 5 fps (5 frames per second) in order to produce the original silent film (the basic sequence), which is usually of a short duration (from 10 to 40 seconds). Then, the final film is edited with the use of loops, permutations, inversions, reflections and magnifications of the basic sequence’s original frames (without any kind of digital editing or any other alteration of the original pictures), and with the addition of narration, sound and music –and less often photographs or video. The final film is usually much longer than the original (from 2 to 5 minutes). 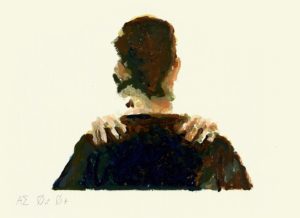 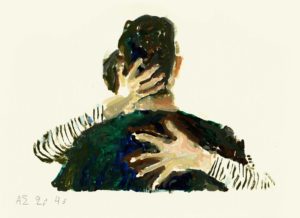 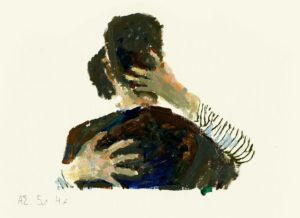 Three of the 50 hand-painted frames of the movie THE FIRST KISS
24x33cm., Oil on canson paper with linen coating, 290gr

For this series of handmade films I chose the title “CARRÉ-CARRÉ” and Manos Stefanidis the subtitle “How to cope with emotional panic”. It is a series in constant development and a first part of it, including the original painted frames posted on walls and the completed films shown on screens, will someday be presented publicly for the first time in the real world and not only on the Internet, when and if life goes back to normal, with some kind of familiar social activity, and when galleries and museums or at least houses are open again. 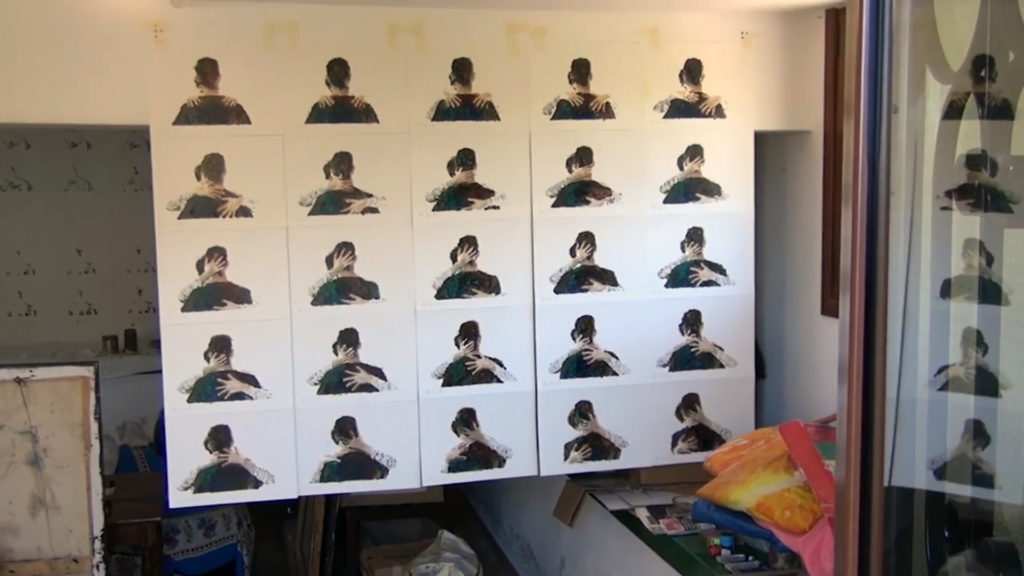 In a note, Haris Kambouridis states “The artistic and cinematic work of Angelos Spartalis, as presented in the CARRÉ-CARRÉ section, is exceptional and attractive both as an artistic conception and as a meaning-content. I cordially congratulate him and show him off. I also thank him, who has an appetite and inspiration at a time when everything stopped creating pioneering works, hybrids between cinema with nervous editing and painting with a strong touch “, while the film director and screenwriter Giannis Economidis characterizes Angelos Spartalis as a “player of life and art, elf of Crete and the Exarchates, painting and cinema”. 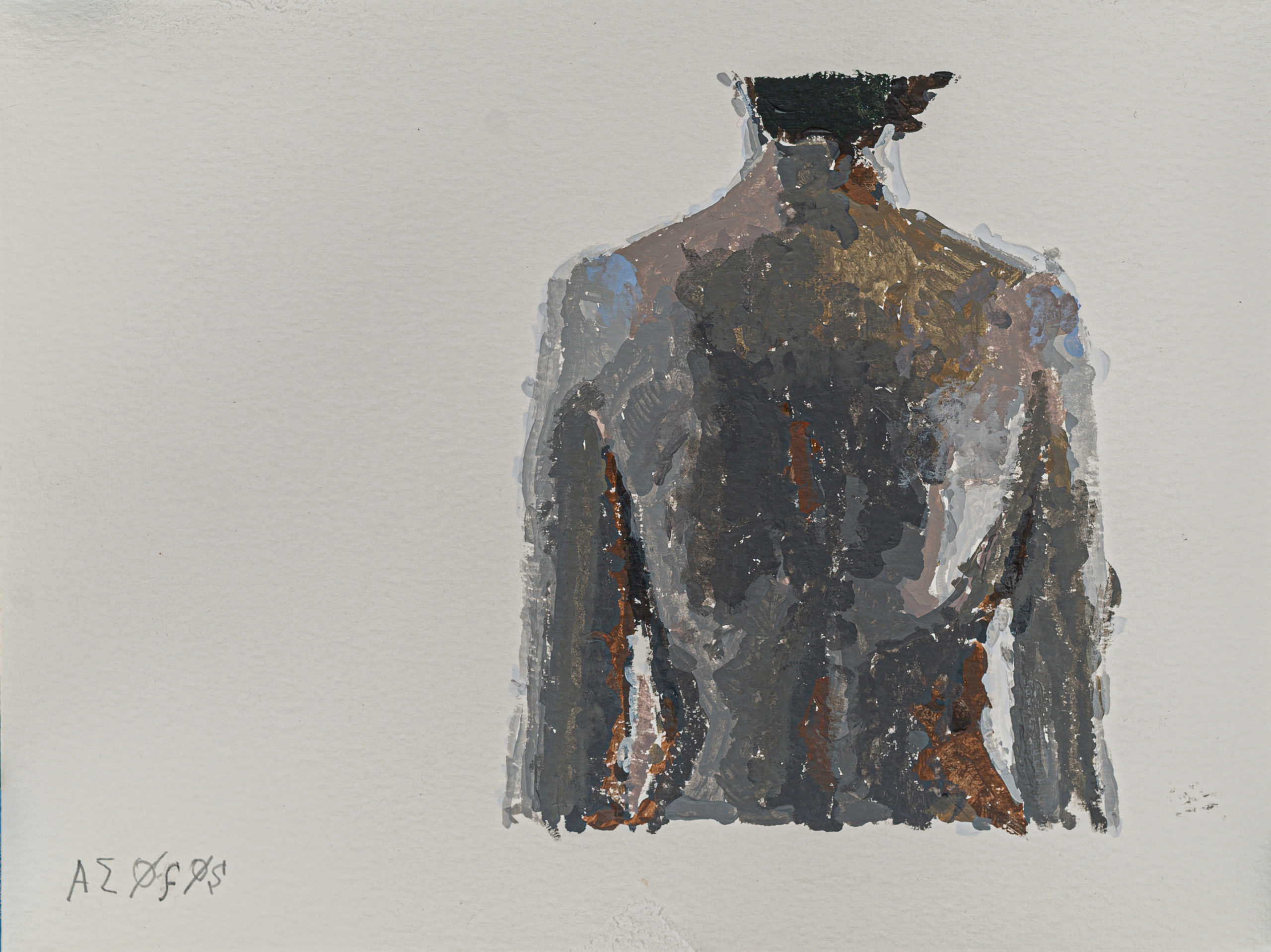 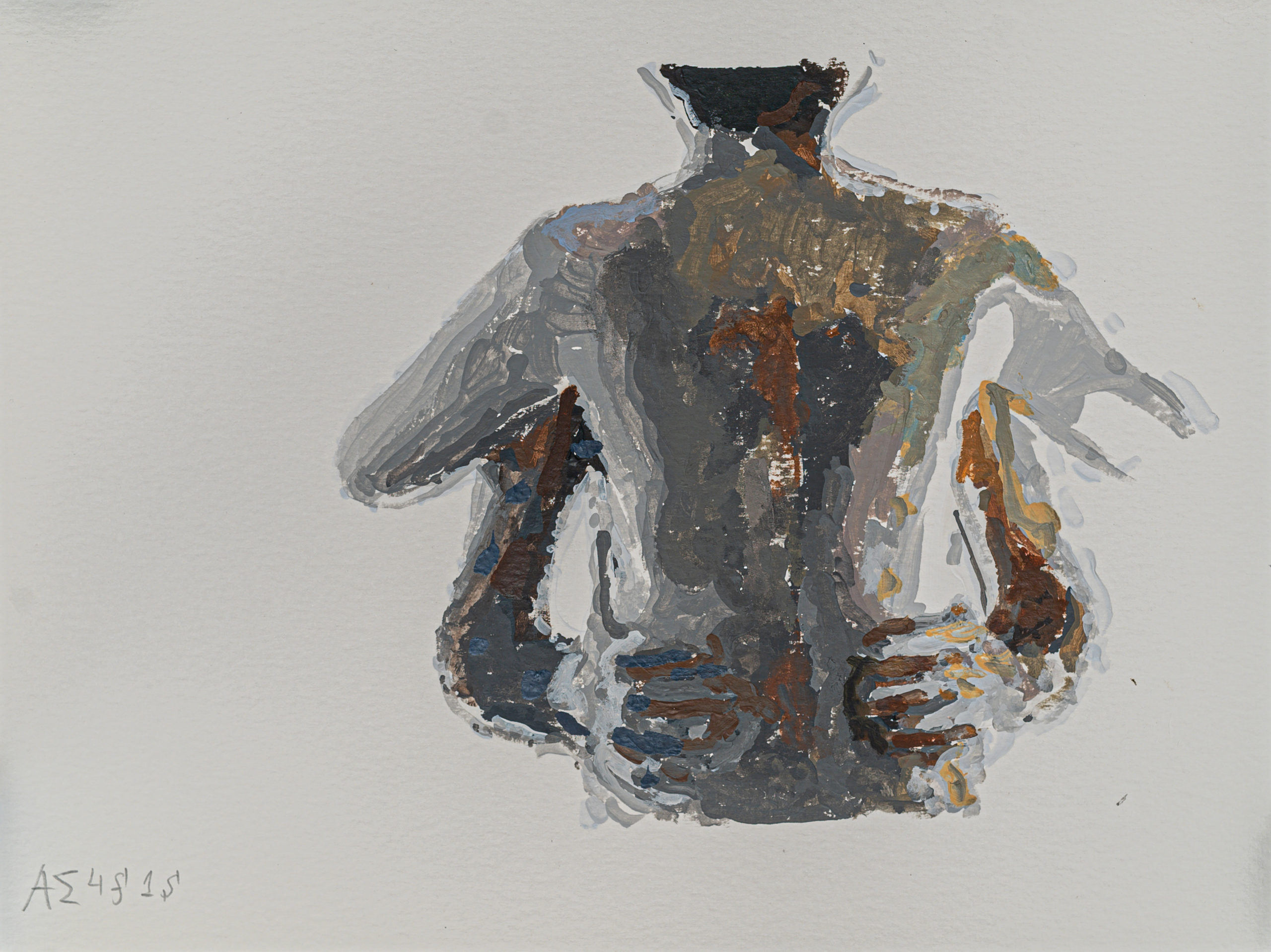 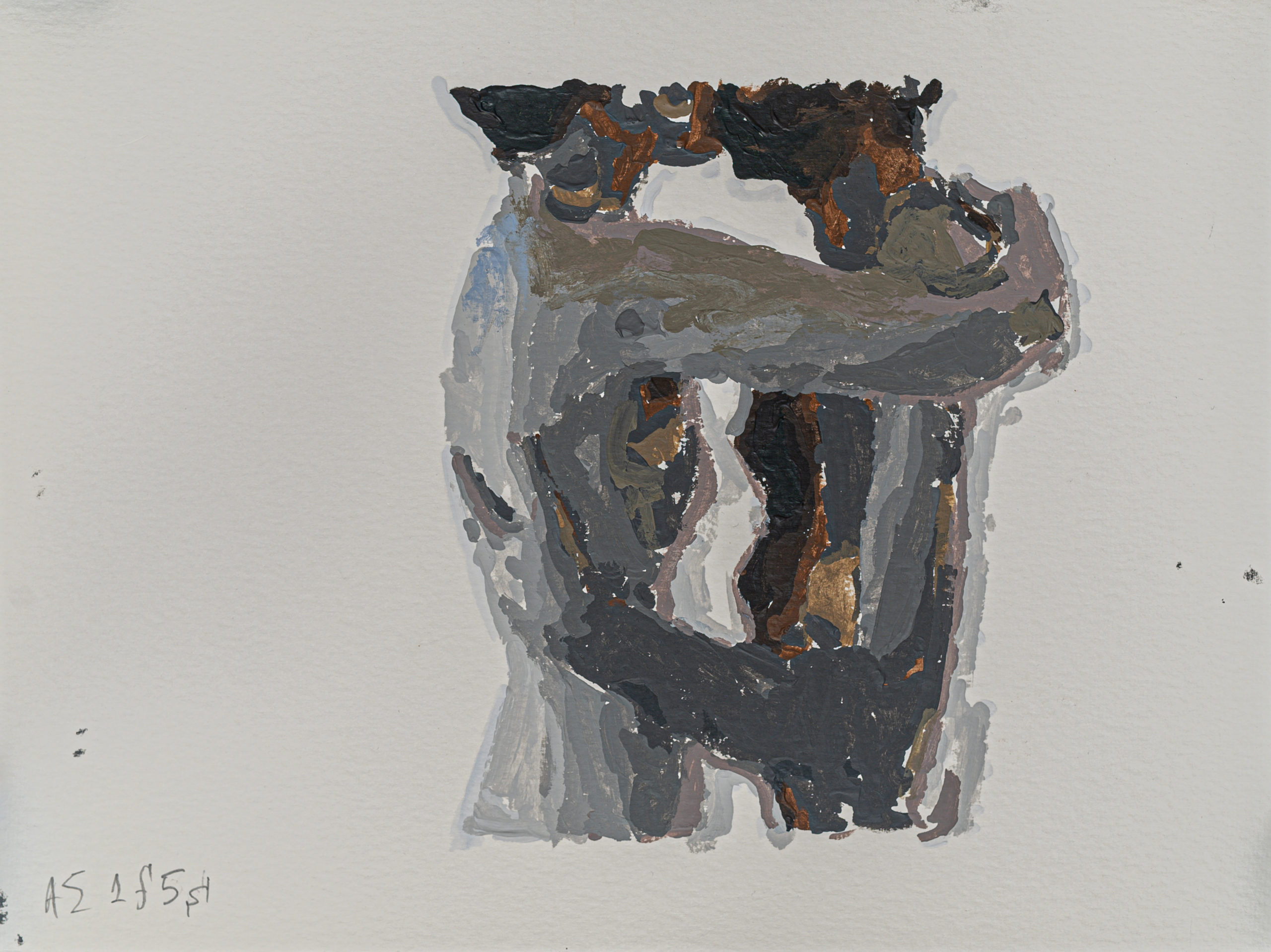 The Second Kiss (The forrest) ⬇︎

Canary in the coal mine ⬇︎