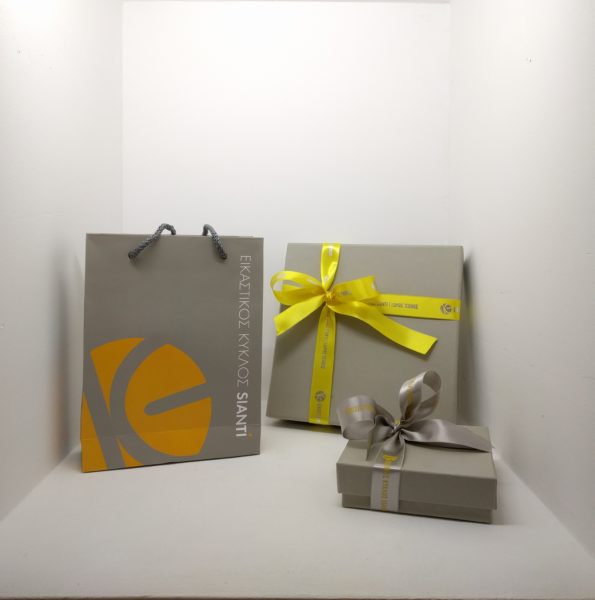 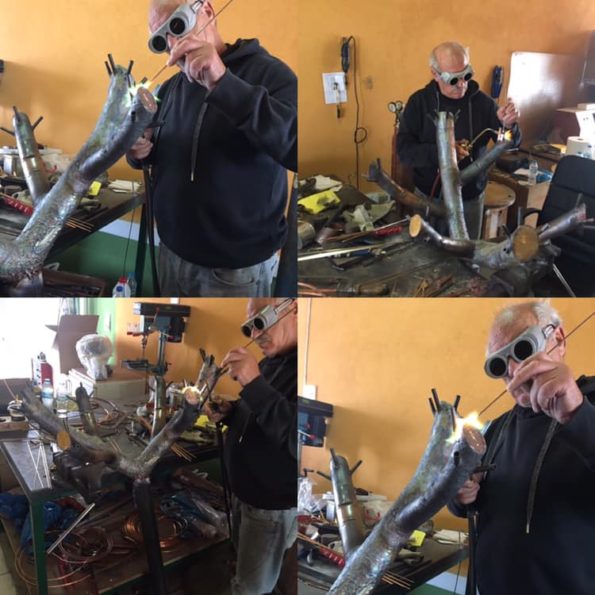 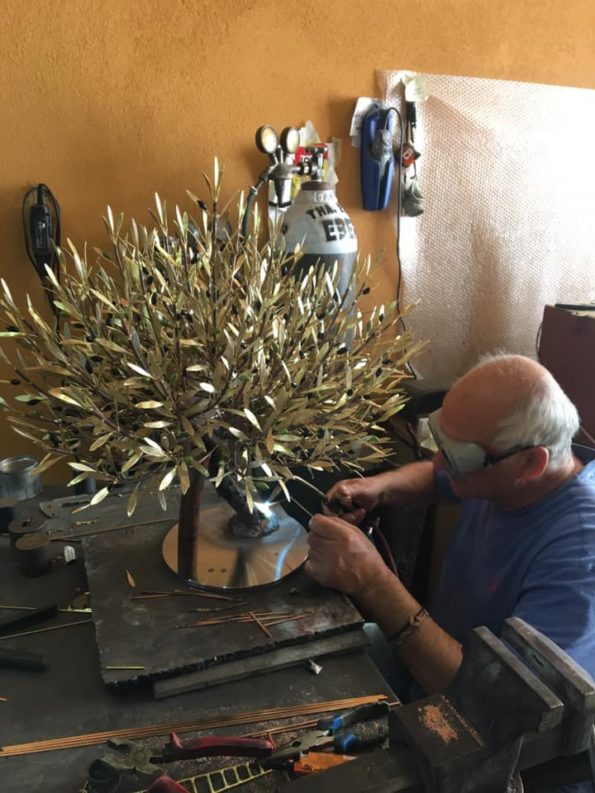 This product is currently out of stock and unavailable.
Price:
€2,050.00 Description:
Hand signed by Aggelos Panagiotidis.

The olive tree was the sacred symbol of the ancient city of Athens. According to the legend, the god Poseidon and the goddess Athena became rivals for the protection of the city. They both offered to the Athenian people a special gift in order to win their favor. Poseidon hit the earth with his trident and water sprang from the ground. But the water was salty and of no use to the people. Athena, on the other hand, offered them an olive tree which could be used for nourishment (in the form of fruit and oil) and for timber. Her gift was considered much more useful and she was named protector of the city. The olive tree played such a crucial role to the prosperity of Athens that the winners of the Panathenaic Games – held during the Panathenaea, a great festival in honor of the goddess which took place every four years – received amphorae filled with this valuable olive oil. Furthermore, the olive tree had a special, symbolic value for Greek people, in general. During the Olympic Games, winners were awarded a “kotino”, a wreath made of branches cut from the sacred olive tree which stood outside Zeus’ temple. It was considered the highest prize an athlete could ever win.
SKU: Μ11-13 Categories: Collections, Eshop, Microsculpture, Microsculpture Tags: Aggelos Panagiotidis, Olive tree