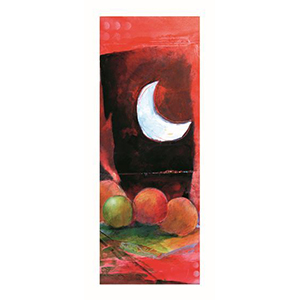 This product is currently out of stock and unavailable.
Price:
€200.00 Description:

Signed and numbered by the artist.

Manolis Charos was born in Kythira, in 1960. He studied engraving and painting at the École Nationale Supérieure des Beaux-Arts (1978) in Paris. He graduated with full marks and in 1982, he continued his post graduate studies at the École Nationale Supérieure des Arts Decoratifs, on Communication and Image. In 1984, he was awarded the National Pris des Fondations of France in lithography and the State of France bought some of his works. In 1991, he traveled to the United States, where Absolut Vodka used one of his works in its commercial campaign. In 1993, he designed the paper campaign for the National Book Center of Greece. In 1998, he was awarded the Academy of Athens Award for painters under 40 years of age. During the years 2000-2001, he worked as a Visiting Artist at the Princeton University, in the Unites States. He has participated in important thematic exhibitions, in Greece and abroad.
SKU: 1143 Category: Silkscreens