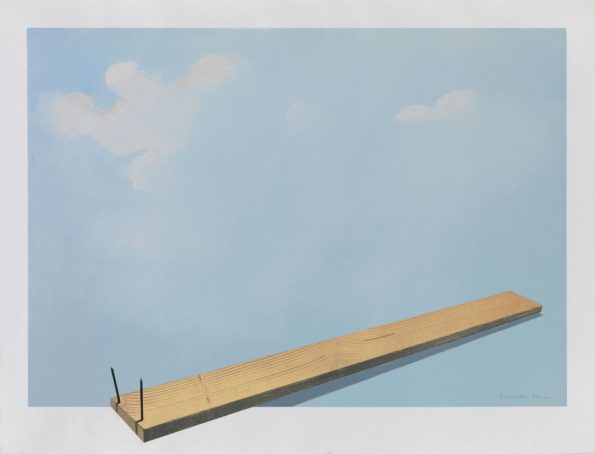 This product is currently out of stock and unavailable.
Price:
€170.00 Description:

Silkscreen hand singed and numbered by the artist. Edition of 150 prints.

Kostas Tsoklis was born in Athens, in 1930, where he studied painting at the Athens School of Fine Arts. From 1957 since 1960, he lived in Rome as a fellow of the Athens National Foundation of Scholarships (I.K.Y). In 1960, he settled in Paris until 1984. In the years 1971 and 1972, he worked in Berlin, as a “guest” the East German Institution of D.A.A.D, the German Academic Exchange Service, a private, publicly funded organization of higher education. He finally returned to Greece in 1984. He has had over 110 individual exhibitions in museums, national galleries, academic institutions, Biennale, and art galleries in many countries across the world. In 1986, when he had the chance to represent Greece in the 42th Biennale in Venice, he introduced, for the first time internationally, his “live painting”. With his work, he intrigued established critics, the daily press, the radio and television – in Greece and other countries. The bibliography which relates to his work is rich in separate art issues or essays. Besides, his outlook in terms of art and life phenomena has become also a subject of publication.